A fellow blogger that I follow (Birdie Bookworm) posts a Top Ten list most Tuesdays. Earlier in the year her topic was “To Love or To Hate”. The premise behind it was to name 5 books that you didn’t believe you were going to like and ending up loving. Then, you turn around and name 5 books you thought you’d love that were complete disappointments to you. I thought it sounded fun, so I thought I’d do something similar.

There aren’t any many books that I’ve read that I thought I would hate before reading it. There are some that I was pretty skeptical about though. Here are a few of those:

Books I was Skeptical About 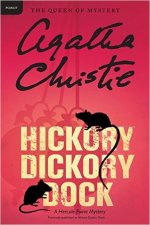 Hickory, Dickory Dock by Agatha Christie – This was the first Agatha Christie book I had ever read. I’ve never had anyone in my life who really gushed over how much they loved Dame Christie’s books, so I wasn’t sure what I was getting myself into, but I had forgotten my book at home and this book was on one of the shelving carts at my library so I picked it up. I’m really glad I did! I’ve since read about 15 more books by Dame Christie in the Hercule Poirot series, and I’m participating in a challenge to slowly work my way all the way through her books. 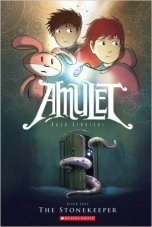 The Stonekeeper (Amulet Series #1) by Kazu Kibuishi – I’m not generally a graphic novel reader so when I picked this graphic novel up at work one day, I was very skeptical about it. This was another case of forgetting my book at home, but I do work in a library, so that’s not always a bad thing! In this case, it was a good thing indeed. Someone had left this graphic novel in the break room, so I decided to read it instead of playing Mahjongg on my phone. I really enjoyed it. It was the first time I ever felt like I could still imagine parts of the story even though the book was a graphic novel. Usually I get bored with graphic novels because I like using my imagination while reading books and most of the graphic novels just have too much detail in their pictures for me.  I’ve since read several others in the series, but I still like the first one the best. 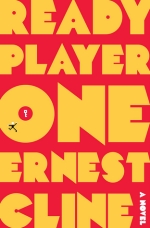 Ready Player One by Ernest Cline – I picked this book up because my library had a “treasure quest” program from Fall 2011 through Spring 2012. It was a way to keep people interested in looking for clues in the catalog in between summer games. It was a lot of fun and at the end of the game, they revealed that the basic tenets of the game were based on this book. I picked it up thinking it would be interesting, but I’m not huge science fiction fan, so I was a bit skeptical.  That skepticism proved to be totally unfounded! I absolutely loved this book and I personally loved the second book by the author, Armada, just as much if not more!  Now, I am a child of the 1980s so all the references to 80s pop culture thrilled me. But I loved the story line as well. I’ve read it several times and love it each time! 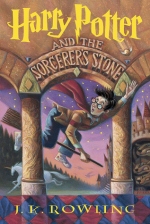 Harry Potter and the Sorcerer’s Stone by J.K. Rowling – Yes, I was skeptical about the Harry Potter series. I was in my 20s when the books came out and I was skeptical about reading them. It wasn’t until after I watched the first movie with the family I was babysitting for at the time, that I was interested in reading the books. Even then, while I thought I would like it based on the movie, I wasn’t prepared to be as blown away with them as I was! It’s now one of my favorite series to re-read when life is stressful. 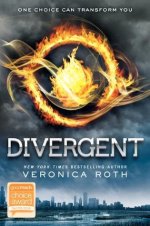 Divergent by Veronica Roth – I was really skeptical when I picked this one up because even though many of my colleagues were recommending it, I had been severely disappointed with The Hunger Games after the same colleagues’ recommendations so I took this one with a grain of salt with it. It turns out I loved it! It was just wonderful! I quickly bought the 2nd and 3rd as well and enjoyed them too. 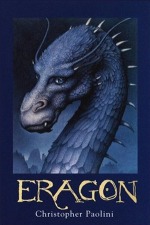 Eragon by Christopher Paolini – I was really excited when Eragon first came out. I love dragons and I thought it was just going to be so great. Unfortunately, I didn’t like it at all. In fact, I never even finished reading it. It wasn’t that the writing was bad really. The author just never made me care about the character. I didn’t care what happened to him. I wasn’t ever compelled to pick the book up and read to find out what happened. I was very disappointed. 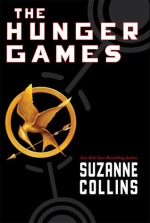 The Hunger Games/Catching Fire/Mockingjay by Suzanne Collins – All of my colleagues at the library raved about this trilogy. They seemed to think it was one of the best books ever to be written for young adults/teens. I finally gave in and read the first one. It was definitely well-written and had a good story line, I just did not find it as amazing as my colleagues. I started the second book, but when they were going to send Katniss back to the Hunger Games, I stopped. I just didn’t want to read all that drama again. I know plenty of people who rave about these books, but I just did not like them. 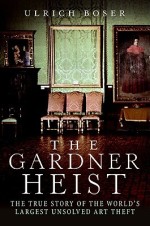 The Gardner Heist by Ulrich Boser – I really wanted to like this book. I thought it was going to be great. I enjoy reading about art/jewelry heists and this is the largest unsolved heist in the world. Unfortunately, this book was just boring and dry. The pace was plodding and slow and it just never held my attention. I’ve tried three different times to read it with the same experience, so I have to conclude that this book is just not for me. 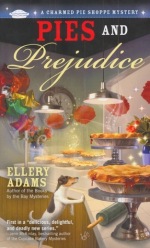 Pies and Prejudice by Ellery Adams – I was really excited when this book first came out. I had enjoyed other series by the same author, so I was excited about having a new series to read. Unfortunately, this book was extremely disappointing to me. I found the characters to be very one-dimensional and unbelievable. I never even finished the book. About halfway through I realized that I really didn’t care about the main character nor did I care who the killer was. Very disappointing compared to Ms. Adams’s other series.

The Hitchhiker’s Guide to the Galaxy by Douglas Adams – Even though, I’m not a huge science fiction fan, I thought I’d try this book anyway. So many of my friends love it and often times we share similar interests in books. Unfortunately, this is not one of them. I was bored very early on and barely made it through the 50-100 pages that I give new books to “hook” me in. I’ve never finished it and really don’t plan to. Part of me feels as though I’m missing out on some portion of “geek culture” but not enough that I’m willing to read a boring book to find out about it!

These are the books that have surprised me one way or another. Do you have a book that really surprised you one way or the other that you’d like to share? Comment below!

5 thoughts on “Books that have surprised me”