Welcome! Today, I’m beyond excited to be featuring a stop on the blog tour for my friend, Jay’s, new book, Watching Glass Shatter. This book is phenomenal! I don’t say that lightly. Yes, Jay is my friend, but the writing totally lives up to the hype and is well-deserving of a 5-star rating!

*** Also, this weekend, November 10 – November 14, the eBook version of Watching Glass Shatter is free on Amazon! You can check out this phenomenal book for FREE! *** 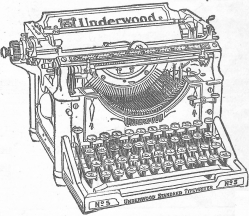 The wealthy Glass family lost its patriarch, Benjamin Glass, sooner than expected. Benjamin’s widow, Olivia, and her 5 sons each react to his death in their own way while preparing for the reading of his will. Olivia receives a very unexpected confession from her late husband about one of their sons that could shatter the whole family.

Prior to revealing the secret to her children, Olivia must figure out which boy Ben refers to in the confession he left her in his will. While the family attorney searches for the mysterious Rowena Hector whom Ben says holds the answers, Olivia asks her sons to each spend a week with her as she isn’t ready to let go of the past. When Olivia visits her sons, she quickly learns that each one has been keeping his own secret from her. Olivia never expected her remaining years would be so complex and life-altering, but she will not rest until her family is reunited after Ben’s untimely death.

We all need family. We all want to fit in. We’re all a mix of quirky personalities. Will Olivia be able to fix them or will the whole family implode? What will she do when she discovers the son behind Ben’s secret? Check out this ensemble cast where each family member’s perspective is center stage, discovering along the way who might feel the biggest impact from all the secrets. Welcome to being an honorary member of the Glass family.

Olivia and her sons and the rest of the characters are well-rounded, developed, complex characters. There were points where I wanted to “Gibbs’ slap” each of them in turn, but they’re all terrific characters. I can also identify with each of them in turn as they deal with the various pressures and secrets in their lives. Zach and Caleb are my favorites. They seem to have a hidden depth to them and I want to get to know them even more than we do in this book.

The character development in this novel is wonderful. We watch several characters go from being obsessed with their own lives and their own feelings, to the exclusion of others, to reaching out and enjoying the fact that they have a family to rely on. Everyone grows to some degree, some more than others, but everyone grows and changes a little in this book and it’s fabulous to watch.

The plot line is incredibly dramatic and amazing. How Ben’s secret affected Olivia, how the secrets of the boys affected their relationships in the family, everything was excellent. There was just the right amount of suspense for a dramatic novel without there being too much suspense.

All in all, I’m totally in love with this book and it’s definitely in my top 5 books of 2017. It’s phenomenal, amazing, and you really need to read it! I’m also very excited to hear that Jay’s planning on writing a sequel!

Jay wears many hats and has had a variety of experiences in life, all of which he combines into his writing. He grew up on Long Island, went to college in Pennsylvania, has lived various places and now lives in New York City. He spent about 15 years working in technology in the retail, sports, media, and entertainment industries, but writing has been apart of his life since he was a child.

In 2016, he left his work in the technology industry and started re-focusing on reading and writing which are his true passion. He’s written over 500 book reviews on Goodreads and he has a blog called This Is My Truth Now with over 3000 followers.

Outside of reading and writing, Jay’s interest include genealogy, cooking, and his 10-year-old Shiba Inu, Ryder. Ryder even has his own segment each week on Jay’s blog called “Ryder’s Rants” where he complains about Jay.

Thanks for joining me today! I’m so excited about this book! I hope you hop over to Amazon, pick up a copy and enjoy it! Thank you, Jay, for letting me be a part of your blog tour. It’s an amazing book!