Welcome! Today I’m hosting a spot on the Great Escapes Virtual Book Tour for The Face on the Other Side by John Carenen. Mr. Carenen has gracious provided a Character Guest Post for today. My apologies to Mr. Carenen for getting this up late! 😦  Information on the book and a rafflecopter giveaway will be at the bottom underneath the guest post!

Call me Lunatic. That’s my name. Full name? Lunatic Mooning. My mother, following Ojibwe tradition, named me after the first thing she saw after giving birth to me in the state mental health facility in Mount Pleasant, Iowa. She claims I was fathered by either the governor of the state of Iowa or Willie Nelson. Who knows?

She died when I was a little boy. Then I was in foster homes until I ran away. I’ve been on my own since, settling down in Rockbluff, Iowa. I own The Grain o’ Truth Bar & Grill, a fine facility that generates serious income.

Thomas O’Shea is my friend. We killed men together, which helped us to have a stronger relationship.

People wonder about my relationships with women. They want to know if I’m married. Do I have children? Girlfriends. No one’s business.

When O’Shea came to town a while back, our town became more interesting. Land fraud, multiple murders, and corruption were ferreted out by him and, together, we cleaned it up. For now. There’s always something. Good thing O’Shea is here to help me put it down. 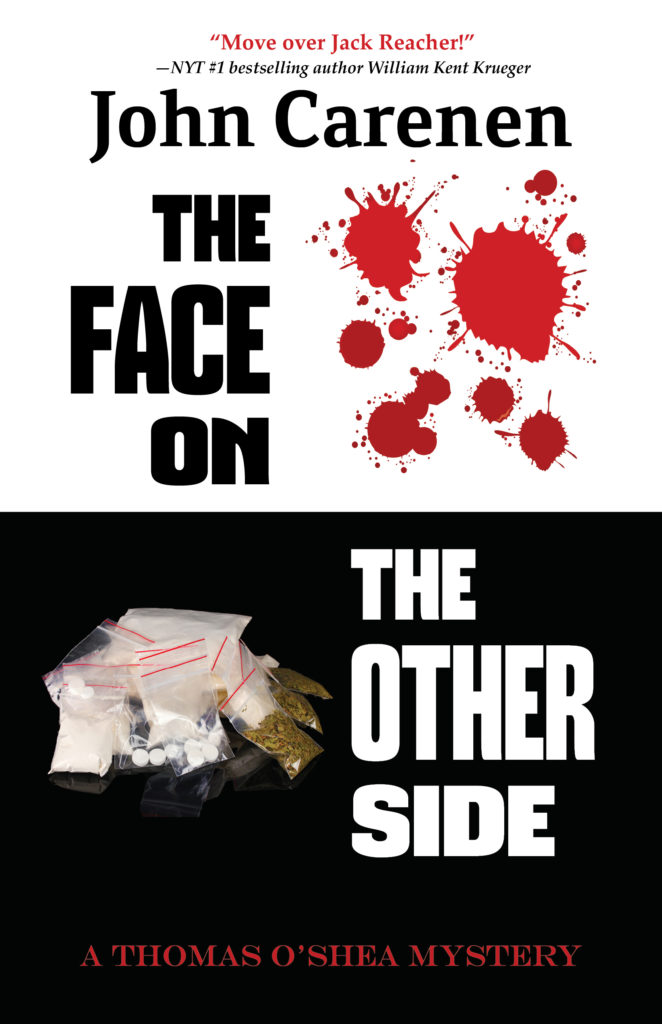 The Face on the Other Side (Thomas O’Shea Mysteries)

He’d promised Sheriff Payne that he wouldn’t take any more matters into his own hands. So, when on a leisurely morning drive, SEAL-trained Thomas O’Shea sees two girls attacking a boy on a sidewalk, he opts not to intervene. When the boy is later murdered in the local hospital, though, all promises are off. What seems at the start to be a simple case of gang activity turns out to be far more. Even O’Shea, who has seen more than his share of evil, could not have guessed what is about to transpire… 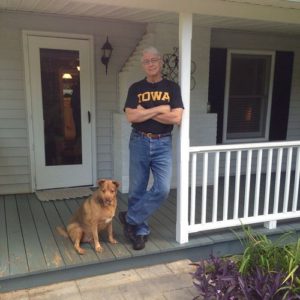 John Carenen, a native of Clinton, Iowa, graduated with an M.F.A. in Fiction Writing from the prestigious University of Iowa Writers Workshop and has been writing ever since. His work has appeared numerous times in Reader’s Digest (including a First Person Award), McCall’s, Dynamic Years, and other periodicals. He has been a featured columnist in newspapers in Morganton, North Carolina and Clinton, South Carolina. His fiction has appeared in regional literary magazines. A novel, Son-up, Son-down, was published by the National Institute of Mental Health. He is happily married to (long-suffering) Elisabeth, and they have two grown daughters, Caitlin and Rowe. When he isn’t writing, he thinks about getting in shape, cheers for the Iowa Hawkeyes and Boston Red Sox, and takes frequent naps. He has traveled extensively, having visited 43 states and 23 countries. He is a USAF veteran, having served in the Philippines and Massachusetts. A retired an English professor at Newberry College in Newberry, South Carolina, he is hard at work on another novel.

Thanks for joining me today! If you wish to visit other stops on the tour, please click on the banner below to visit the main tour page!