Welcome! Today I’m hosting a spot on the Great Escapes Virtual Book Tour for Confound It, the fifth in the Dreamwalker Mystery series. I’m happy to be featuring a guest post by the author, Maggie Toussaint!  Information about the book, including purchase links and a Rafflecopter giveaway will be under the guest post.

Have you ever wondered why some people don’t get along? Where I grew up in the country, we knew everyone for miles around. We helped each other when times were tough, we celebrated each other’s joys.

Neighbors in today’s crowded world often seem less neighborly. With more people in less space, conflicts abound. The same is true in my newest Dreamwalker Mystery, Confound It. When the call comes in about a victim at the house fire, my female sleuth Baxley Powell accompanies the sheriff to the scene.

Bartow Road has few houses on it, but the two neighbors at the end of the road have a history of disagreement. You see, the victim’s pot-bellied pigs are smart as can be. Petunia learned how to open a doorknob at an early age, thereby giving her and her buddy, Patches, an opportunity to venture outside alone.

Once free of supervision, the pigs followed their excellent noses next door and up on the porch where a very large sack of premium dog food was stored. After they ate their fill, the pigs waddled home.

Neighbor Ricky Dixon is furious about the trespassing and theft of dog food. He paid extra for primo dog food for his champion hounds. This violation of his personal property is completely unacceptable. Even though the victim’s son replaces the food, Dixon can’t rein in his anger. He’s so mad he calls the cops.

Now the woman’s dead and her pigs are missing. Baxley and the sheriff must figure out how angry Dixon truly is. Mad enough to stomp around and swear like a sailor or mad enough to take matters into his own hands. If he went into a killing rage, he’s suspect numero uno. 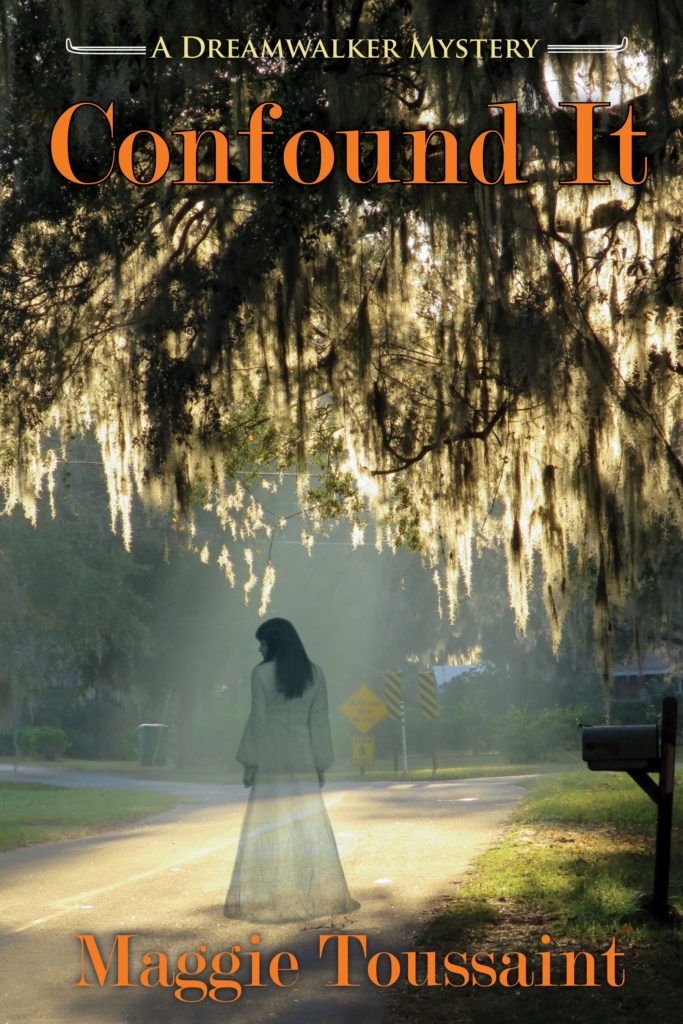 Confound It (A Dreamwalker Mystery)

While hosting out-of-town guests at her Georgia home, Dreamwalker Baxley Powell is called upon to help investigate a suspicious fire. One of her guests, close friend and fellow dreamwalker Deputy Sam Mayes, accompanies her to the scene.

A meth cook is dead, and when Baxley visits her beyond the Veil of Life, she determines that the woman was murdered. Baxley pities Mandy Patterson, a single mother with aspirations for her teenage son Doodle. Unconcerned about the death of a criminal, the authorities pursue the drug-supply chain angle. Baxley worries about Doodle and vows to find out who killed his mother.

As the case grows more baffling, Baxley struggles against her attraction to Sam. Although her husband is missing and declared dead, she does not feel free to love again until she is sure of his fate.

Two suspects have the strongest motive, but Baxley has reason to believe they are pawns in a deeper game. And unless she can stop them, the world will never be the same.

Southern author Maggie Toussaint writes mystery, suspense, and dystopian fiction. Her work won the Silver Falchion Award for best mystery, the Readers’ Choice Award, and the EPIC Award. She’s published seventeen novels as well as several short stories and novellas. The next book in her paranormal mystery series, Dadgummit, releases August 2017. Maggie serves on the national board for Mystery Writers of America, is President of Southeast Mystery Writers of America, and is Co-VP of Low Country Sisters In Crime. Visit her at www.maggietoussaint.com.

Thanks for joining me today! I hope you enjoyed today’s guest post! If you wish to visit other sites on the tour, please click on the banner below!