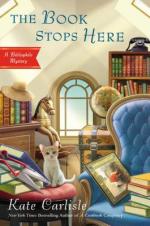 This is one of my favorites out of the series. Number one, it includes one of my all-time favorite books, “The Secret Garden”, but number two, I also really enjoyed the mystery surrounding the book. I learned a little more about Frances Hodgson Burnett than I knew before and I just enjoyed the story line. It took me a while but I did figure out the murderer before the end. Still this is an awesome series and you should read it! 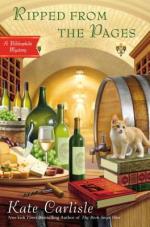 I actually wrote a review for “Ripped from the Pages”. It’s one of my earlier reviews, so it’s perhaps not as full as some of my more recent reviews, but you can find it here. In short, it’s my favorite in the series so far (although the newest, Once Upon a Spine, is jousting with it for that coveted spot of “favorite”). 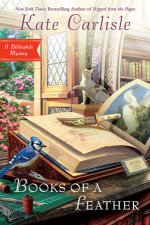 While I didn’t enjoy Books of a Feather quite as much as I did Ripped from the Pages, it was still a very good book. I liked it, it just didn’t bump Ripped from the Pages out of its spot as “favorite”. We get to learn more about Derek from his friend, Crane, in this book, which I thought was great. There’s also lots of great information about John James Audubon in this book which I also enjoyed. Check it out! 🙂

All of these mini reviews have been leading up to my review of the newest Bibliophile Mystery, “Once Upon a Spine”, which will be up in another day or two!

I decided to write a few mini reviews. This particular set is on the Bibliophile series by Kate Carlisle. I’ve read them all several times and enjoy them immensely.  This will be the first in a series of posts of mini reviews on the Bibliophile Mystery series. There are currently 10 books, plus a novella, with an 11th coming out in June (hence the reason for breaking it up into sections)! I will not be including synopses with these mini reviews but I will still provide the Goodreads link and purchase links. The above link will take you to the page on Kate Carlisle’s website where you can read about all her books, both the Bibliophile series and the Fixer-Upper series. 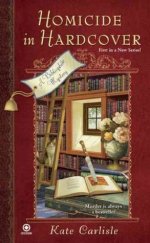 Homicide in Hardcover is an excellent start to this series! When I first picked this book up, off the shelf at the library I work in, all I knew was what was written on the back of the book. I could not put it down! I quickly read through all six books that were available at the time. Since then, I’ve re-read them many times.

The characters are awesome. They’re complex and well-developed. Brooklyn does tend to take chances, but usually she at least attempts to contact Derek and/or the police first. The plot line moves along quickly in this book and when I read it for the first time, I didn’t have a clue on the villain until it announced. Setting descriptions are provided with a perfect balance (for me).

This is a great series and highly recommended! 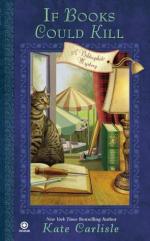 If Books Could Kill is the 2nd book in the Bibliophile Mystery series and it’s just as excellent as the first one! This time, Brooklyn & Derek have travelled to Edinburgh for a big book festival. Having a different setting was fun and shook things up a little.

I did know who the villain was, almost from the start, but I didn’t see the twist that came with it, so that still kept it fresh and exciting! The setting descriptions were wonderful. Scotland’s at the top of the list of places I want to visit, so I was soaking in all the descriptions with glee. We learn a little more about our main characters and Brooklyn’s family in this book which is great as well.

All in all, an excellent 2nd installment in the series. 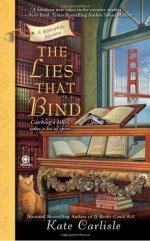 I’m not sure why, but this book is one of my least favorite in the series. It’s still very well-written and the characters and plot are still great, but there’s just something about it in general that makes it one of my lesser favorites.

That being said, I still love the scene between Brooklyn and Derek at the very end of the book. I don’t want to spoil it for you, so I won’t say more than the fact that it’s a great scene! 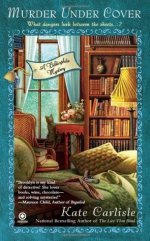 This book has it all. The Kama Sutra, a micro flash drive with state secrets on it, spies, murder, and a street fair. What more could you want?! How about the fact that most of the action lies around Robin and her mother, Shiva? It’s a wild and twisted ride!

Derek has moved in with Brooklyn, supposedly temporarily while he finds his own housing. We’ve got the Kama Sutra that Brooklyn’s restoring which leads to the illusion of some very passionate interludes between Brooklyn and Derek. Then we’ve got this murder involving Robin that’s becoming stranger by the day.

When it all finally wraps up in the end, it makes sense, but it still somewhat feels like coming to the end of a whirling dervish. I love it! 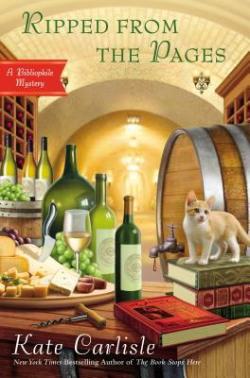 Excited to explore the secrets of wine country, Brooklyn attends an excavation of the caves hidden deep under her parents’ commune—and the findings are explosive. A room is unearthed, and it contains a treasure trove of artwork, rare books, a chest of jewelry…and a perfectly mummified body.

A closer examination of the murdered man’s possessions reveals a valuable first edition of Jules Verne’s A Journey to the Center of the Earth. Hidden in the book is a secret map that unveils an even greater hoard of treasures brought to California by French winemakers fleeing the Nazi invasion with the commune leader’s grandfather, Anton, among them.

As reporters and art appraisers flock to Sonoma to see the precious bounty, questions begin to rise—did Anton hide these items to protect them, or did he steal them for himself? Who is the mysterious man left for dead inside the cave? But not all crime is buried in the past. When a new presence threatens the town’s peace, Brooklyn decides to do a little excavating of her own and solve the mystery of the treasure before anyone else is written off.… (Source: Goodreads) 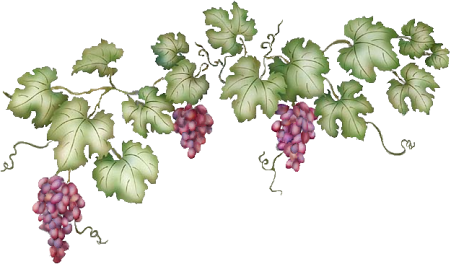 Ripped From the Pages by Kate Carlisle is the ninth book in the Bibliophile Mystery series and I absolutely loved it. Now, I love this series in general, but I particularly enjoyed this installment in the series. This installment brought us more back story than we’ve had before as well as new chapters in relationships.

This story brought us a lot of great information about Robson and his family, as well as about the land that the Dharma vineyards/commune/town is on. I enjoyed that this book is set more in Dharma than it is in San Francisco. I enjoyed seeing more interactions between Brooklyn & Derek and the other members of the commune/residents of Dharma. In previous books, we’ve seen Brooklyn and Derek’s relationship with Brooklyn’s family and with their friends in San Francisco, but this branched out into working with other members of commune and it was a nice change of pace.

The mystery was entertaining and kept you guessing until the end. I had an inkling about who it was but I really wasn’t sure and in fact, I was wrong. The secondary characters are great. In fact, I hope a few of them stick around and join us again here and there. Finally, I can’t wait to see Brooklyn’s answer to Derek’s question at the end of the book in the next installment!

Mental illness stigma and connection with those struggling with chronic pain