Drawing Conclusions is the first book in the Sketch-in-Crime series by Deirdre Verne. I definitely would have enjoyed The Drawing Game more if I had read at least this one first and possibly the 2nd as well. 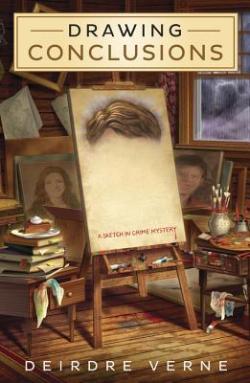 While she never saw eye to eye with her father—the ambitious director of a renowned genetics research center—CeCe Prentice always remained close to her brother, Teddy. When Teddy is found dead at the lab where he worked for their father, CeCe’s efforts to mourn the tragic loss are interrupted by several attempts on her own life.

CeCe is naturally drawn in to the investigation, teaming up with Detective Frank DeRosa, the officer assigned to protect her. Together, they begin looking into the circumstances surrounding Teddy’s death, only to discover the truth may be found closer to home than they think—in CeCe’s own paintings.

I was correct that I would like The Drawing Game more if I had read at least one of the two books before it. I understand so much more about the characters in The Drawing Game now than I did when I first read it!

This is the first book in the Sketch In Crime mystery series and it’s a really great book! There’s a lot of back story that happens in this book which seems essential for understanding the characters better during the rest of the series.

Many of the main characters in this series are Freegans, which are a group of people who work to live as green as possible. They grow much of their own food, create their own energy to feed back into the power grid, barter with people regarding getting things done, and recycle/reuse items as much as they can. The author does a good job of exposing us as the readers to the Freegan lifestyle and explaining what it entails.

Besides just their Freegan lifestyle, the characters are complex, well-rounded, and delightful.  I really enjoyed seeing the dynamics between CeCe and her friends, her family, and the police department.  I enjoyed watching the beginnings of CeCe’s romance with Frank unfold.

The plot line moves along at a decent pace. It’s not dragging but it’s not going by so fast that you can’t keep up either. I had a little bit of an inkling who the villain was, but I was not totally sure until just before it was discovered at the end of the book.

All-in-all, this is a great start to the series and important, so definitely read it before any other books in the series! 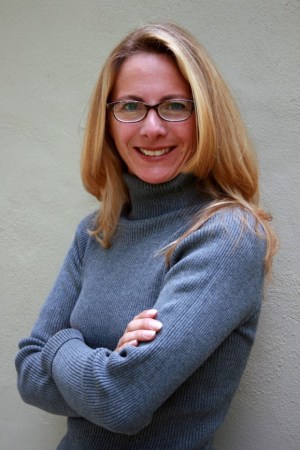 Deirdre Verne is the author of Drawing Conclusions 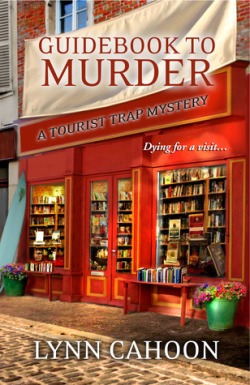 In the gentle coastal town of South Cove, California, all Jill Gardner wants is to keep her store–Coffee, Books, and More–open and running. So why is she caught up in the business of murder? When Jill’s elderly friend, Miss Emily, calls in a fit of pique, she already knows the city council is trying to force Emily to sell her dilapidated old house. But Emily’s gumption goes for naught when she dies unexpectedly and leaves the house to Jill–along with all of her problems. . .and her enemies. Convinced her friend was murdered, Jill is finding the list of suspects longer than the list of repairs needed on the house. But Jill is determined to uncover the culprit–especially if it gets her closer to South Cove’s finest, Detective Greg King. Problem is, the killer knows she’s on the case–and is determined to close the book on Jill permanently. . .

Guidebook to Murder by Lynn Cahoon is the first book in the Tourist Trap Mystery series and a decent start to a new series. The little town that the series takes place in seems like a great place to live and work.

I really like the main character, Jill. She seems down-to-earth, trustworthy, and somewhat sensible. She does take calculated risks, but she doesn’t seem to be as implusive and reckless like some other cozy-mystery sleuths. She also seems very well-rounded considering this is only the first book in the series.

I’m looking forward to reading more from this author.